The ancient city of Ayutthaya was the Thai capital for over 400 years, and is today one of Thailand's major tourist attractions. Many ancient ruins and art works can be seen in a city that was founded in 1350 by King U-Thong when the Thais were forced southwards by northern neighbours. During the period of Ayutthaya being the Thai capital, 33 Kings of different dynasties ruled the kingdom until it was sacked by the Burmese in 1767. Phra Nakhon Si Ayutthaya, a vast historical site in the heart of Ayutthaya city, has been included in UNESCO's list of world heritage sites since 13 December, 1991.

Many tourists visit Ayutthaya on a day trip from Bangkok and consequently there has been no boom in building hotels, which has helped to preserve the quiet charm of the city. Much of the accommodation near the ancient temples is of the cheap and cheerful type with the more quality hotel accommodation to be found towards to outskirts of the city.

[ Attractions/Things to Do in Ayutthaya ] 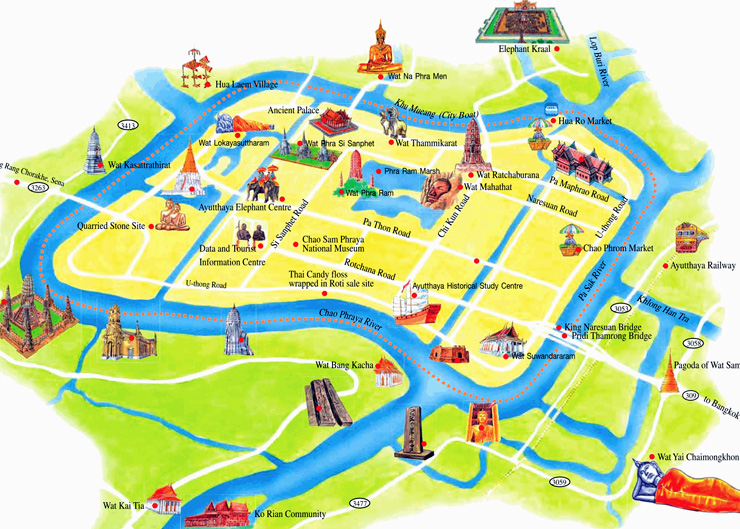